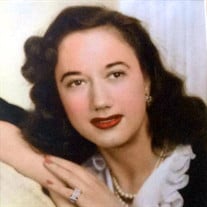 Rose M. Guatelli, Artist and Educator Rose M. Guatelli was almost 100 years old when she died at home on monday evening. A resident of San Rafael for more than 50 years, she was an award-winning local artist and former docent at the San Francisco Museum of Modern Art. Mrs. Guatelli was a staunch advocate of art in Education, giving frequent lectures in art history and technique at local schools at all levels, elementary through college. She was a guest lecturer in Mayan art at the Ohio State University. She excelled in various media including photography, print making, oil painting, portraiture, sculpture and stained glass. Mrs. Guatelli exhibited her etchings and paintings at the College of Marin, the Marin Art and Garden Center, among other locations in the country. She wrote and published poetry and was an avid gardener, collecting many species of Orchids and Roses. The daughter of Italian immigrants, Mrs. Guatelli was born in Manhattan, New York. She was a graduate of city College of New York, Bernard M Baruch Scholl of Business; Washington Irving High School; and attended classes at the Art Students League where she studied with George Bridgman. Prior to her marriage to John L. Guatelli, she at Willard Pictures in the motion picture industry. Mrs. Guatelli resided for 16 years in New Jersey, raising her family, until her late husband was transferred from his New York office to run the West Coast Division of Diamond International Corporation in San Francisco. Mrs. Guatelli was predeceased by her husband in 1982 and her brother A. John Sottile in 2010. Mrs. Guatelli is survived by four children: Susan L. Ward, former member of the New York City Opera; Dr. John C. Guatelli, virologist and AIDS researcher at the University of California San Diego Medical School; Dr. Debbie Guatelli-Steinberg, Professor of anthropology, author, and and researcher at the Ohio State University; and Richard J. Guatelli, pilot with Southwest airlines; six grandchildren, Holly Ward Bimba, Erin Ward, Sara Ward Mazzolla, David Guatelli, Luke Guatelli, and Jake Arft-Guatelli; and two great-grandchildren, Michael and Emily Mazzolla. She is the beloved aunt of Robert , Paul and Andrew Guatelli, and Janice Dooner Lynch; and great-aunt of Kellie Jean Lynch AND Nicholas Guatelli; and sister-in-law of Mrs. Jean C. Dooner. Mrs. Guatelli is survived by many cousins in Italy, Sicily, and Argentina. Visitation will be on friday, October 9 from 4-7 P.M. AT Mount Tamalpais Cemetery Chapel https://www.mt-tam.com/contact-us The funeral will be held at the gravesite on Saturday, October 10 at 11 a.m. The Reverend Father Kyle Faller from San Rafael R.C. Church will officiate. In lieu of flowers, the family suggests donations in memory of Rose M. Guatelli to the following organizations: Marin Art and Garden Center https://magc.z2systems.com/np/clients/magc/donation.isp?campaign=50& The Art Student's League https://give.artstudentsleague.org/give/223568/#!/donation/checkout ### Please join us at 4pm. October 9, 2020 for the ceremony Zoom: https://ucsd.zoom.us/j/2333923549

Rose M. Guatelli, Artist and Educator Rose M. Guatelli was almost 100 years old when she died at home on monday evening. A resident of San Rafael for more than 50 years, she was an award-winning local artist and former docent at the San Francisco... View Obituary & Service Information

The family of Rose M Guatelli created this Life Tributes page to make it easy to share your memories.

Send flowers to the Guatelli family.